The world book of swimming : from science to performance There is little doubt that swimming, even at its highest levels of performance, is an international sport. In the Sydney 2000 Olympic Games, for instance, swimmers from 17 different countries won medals, and 13 additional countries were represented in the finals. In the Beijing 2008 Olympic Games, 25 World Records were broken, 8 gold medals were won by the same swimmer. With the new wetsuits, more than 180 World Records were broken during 2008. For example, from March 2008 to July 2009, the 100-m front crawl in 50-m pool was broken 7 times, decreasing from 47.60 s to 46.91 s. 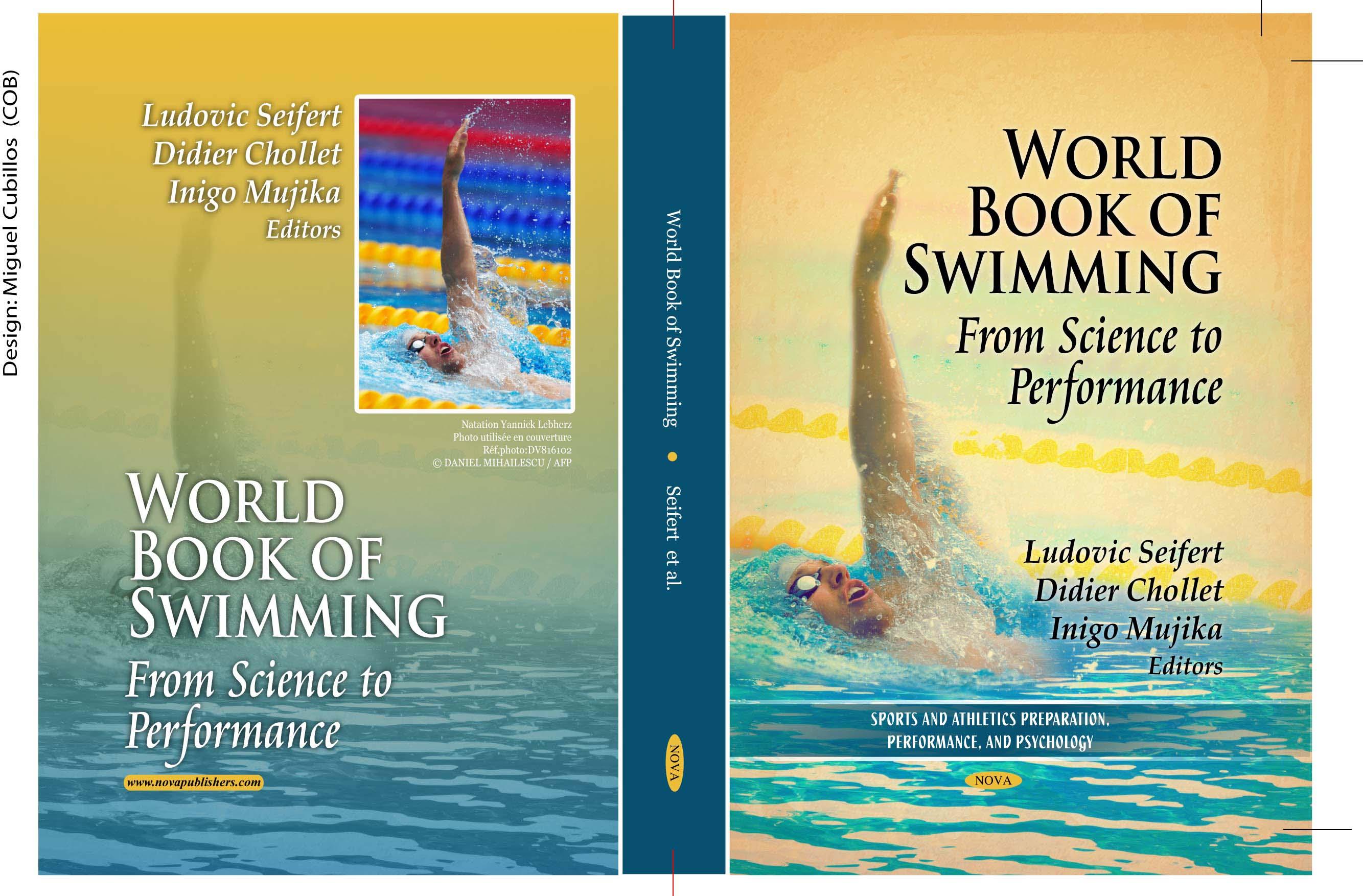 Performance has continuously improved ever since the birth of competitive swimming. In the early years these improvements were mostly the result of natural talent, spirit and determination. While these attributes still are and will remain a fundamental part of success in swimming, it is undeniable that science has taken over, and successful performances at the international level without its contribution are almost unthinkable.
Accordingly, the selection of “state of the art” chapters that compose this book has been written by 44 experts from 18 different countries of Europe, Australia, Asia and America. All the authors have a PhD thesis, are on the editorial board of a journal or/and are director of a laboratory of research, and have a high experience of research of swimming. They have also published a good number of recent papers about a topic of swimming research, one of which is present in this book, respectively. In each review, the authors present the “state of the art” and the new knowledge (mostly published in indexed journals) in their area of research that is destined for researchers, graduate students and coaches. The book is divided in an introduction and four distinct sections (Biomechanics, Energetics and Training, Performance and Testing, and Medical aspects and Nutrition). It is our hope that this book, this compilation of scientific knowledge on swimming, can make a contribution to future improvements in swimming performances.
In chapter 7, with a complex approach of motor control, Didier Chollet and Ludovic Seifert show how the biomechanical approach and dynamical systems theory are complementary and allow for a macroscopic analysis of motor behavior, notably through the study of motor coordination. The most important aspects of the inter-limb coordination in each of the four strokes are described. Then the effects of skill level, gender, and swimming speed on inter-limb coordination are analysed.